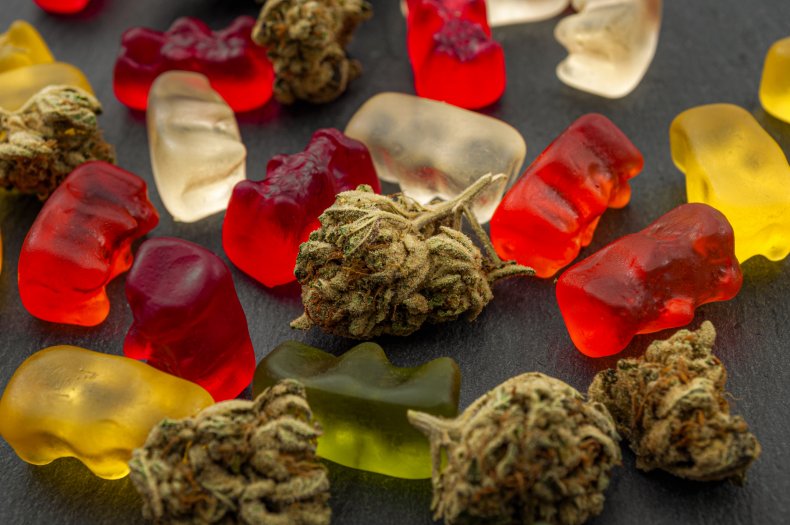 Children Hospitalized After Marijuana Edibles Were Brought to School

Khaleda Rahman · May 12, 2022
Krystle Hall said her son was given the gummy by a classmate at Grand River Academy in Livonia, Michigan, on Monday. "Today I sent my baby to school with nothing wrong with him... 2 hrs later I was getting a call that my son was given a marijuana gummy and that 911 had been called &am

Two fifth-grade students were taken to hospital after consuming marijuana-infused gummies at school.

Krystle Hall said her son was given the gummy by a classmate at Grand River Academy in Livonia, Michigan, on Monday.

"Today I sent my baby to school with nothing wrong with him... 2 hrs later I was getting a call that my son was given a marijuana gummy and that 911 had been called & the paramedics was on the way!!" Hall wrote in a Facebook post on Monday. "I instantly went in panic mode because my baby is 11 yrs old!!!"

Hall wrote that police had told her they wouldn't be pursuing charges since the children are minors.

"So my child coming to school, his 'FRIEND' offers him some candy KNOWING WTF it was but not informing Kamari isn't endangerment? So pretty much MY SON DOESNT MATTER!! "The School, the kid, the parents NOBODY is gonna be held accountable for this."

Hall blasted the school for a message that principal Ralph Garza sent to families, which said only that said a student had brought in a "banned item" and shared it with a classmate and that the students involved "will be disciplined in accordance with the Student Code of Conduct."

"There's no reason for him to be disciplined, he didn't do anything at the school," Hall told the Detroit Metro Times. "The only thing he did was take a piece of what he thought was candy from his friend."

In her Facebook post, she noted that a kindergarten student had recently brought alcohol to Grand River Academy and shared it with classmates.

"Somebody needs to be held accountable and I'm asking you to share this story please because Grand River academy needs to be put on blast AGAIN for them not watching these babies," she wrote.

School spokesperson Leah Nixon told the Metro Times that it was "simply not possible" for school officials to track everything students bring to school.

"While edibles like these look like candy, they certainly are not—and parents need to take responsibility to keep these kinds of products out of the reach of their children," Dixon said.

Dixon said the children were sent to receive medical attention "out of an abundance of caution."

The statement added: "We recognize this is a disturbing situation for any family and are working directly with the families of those students who were involved. We have also taken this opportunity to remind parents we have a zero-tolerance policy for bringing banned items to school. We encourage all parents and guardians to be vigilant about the food and snacks they are sending to school with their children."

Hall and the school have been contacted for additional comment.