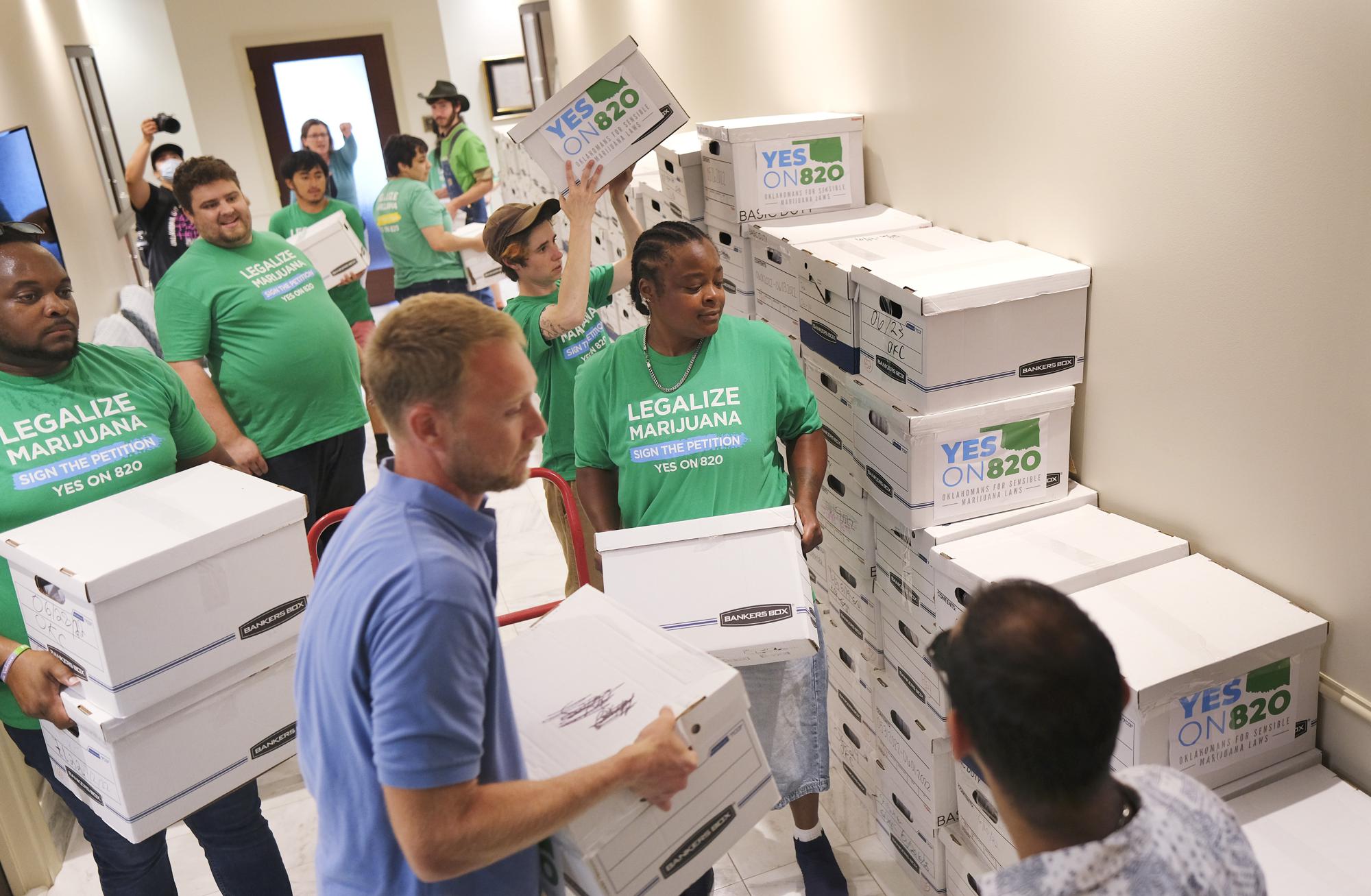 Sean Murphy · Sep 21, 2022
The high court rejected a request by supporters of State Question 820 to require the State Election Board to print the question on the general election ballot.“There is no way to mandate the inclusion of SQ820 on the November 2022 general election ballot," Justice Douglas Combs wrote

OKLAHOMA CITY (AP) — A proposed state question on whether to legalize the recreational use of marijuana in Oklahoma won't appear on the November ballot, the state Supreme Court ruled Wednesday, dealing a blow to Democrats who hoped the question would energize liberal voters.

The high court rejected a request by supporters of State Question 820 to require the State Election Board to print the question on the general election ballot.

“There is no way to mandate the inclusion of SQ820 on the November 2022 general election ballot," Justice Douglas Combs wrote in the majority opinion. “SQ820 will be voted upon by the people of Oklahoma, albeit either at the next general election following November 8, 2022, or at a special election set by the Governor or the Legislature."

Oklahomans for Sensible Marijuana Laws gathered enough signatures to qualify the question for a statewide vote, but because it took longer than usual to count the signatures and for the courts to consider several legal challenges to the proposal, there wasn't enough time to print the ballots ahead of the November election. Officials with the Oklahoma Election Board said earlier this year the statutory deadline to call a state question election for November was Aug. 29.

“It is disappointing that a few people with their own political interests were able to use the process to prevent voters from voting on this in November," campaign director Michelle Tilley said in a statement. “However, we cannot lose sight of how far we have come. This is a big deal. Now the petition phase is finished, and Oklahomans will be voting to legalize recreational marijuana here, and we can soon realize all the benefits it will bring to our state."

If approved by voters, the question would legalize the use of marijuana for any adult over the age of 21. Marijuana sales would be subjected to a 15% excise tax on top of the standard sales tax, and the revenue it generates would be used to help fund local municipalities, the court system, public schools, substance abuse treatment and the state’s general revenue fund.

The proposal also outlines a judicial process for people to seek expungement or dismissal of prior marijuana-related convictions.

Republican Gov. Kevin Stitt said he opposes the proposal and that the country's patchwork of state laws on marijuana has become problematic.

“Do I wish that the feds would pass legalized marijuana? Yes. I think that would solve a lot of issues from all these different states," Stitt said during a recent interview with The Associated Press. “But in our state, just trying to protect our state right now, I don't think it would be good for Oklahoma."