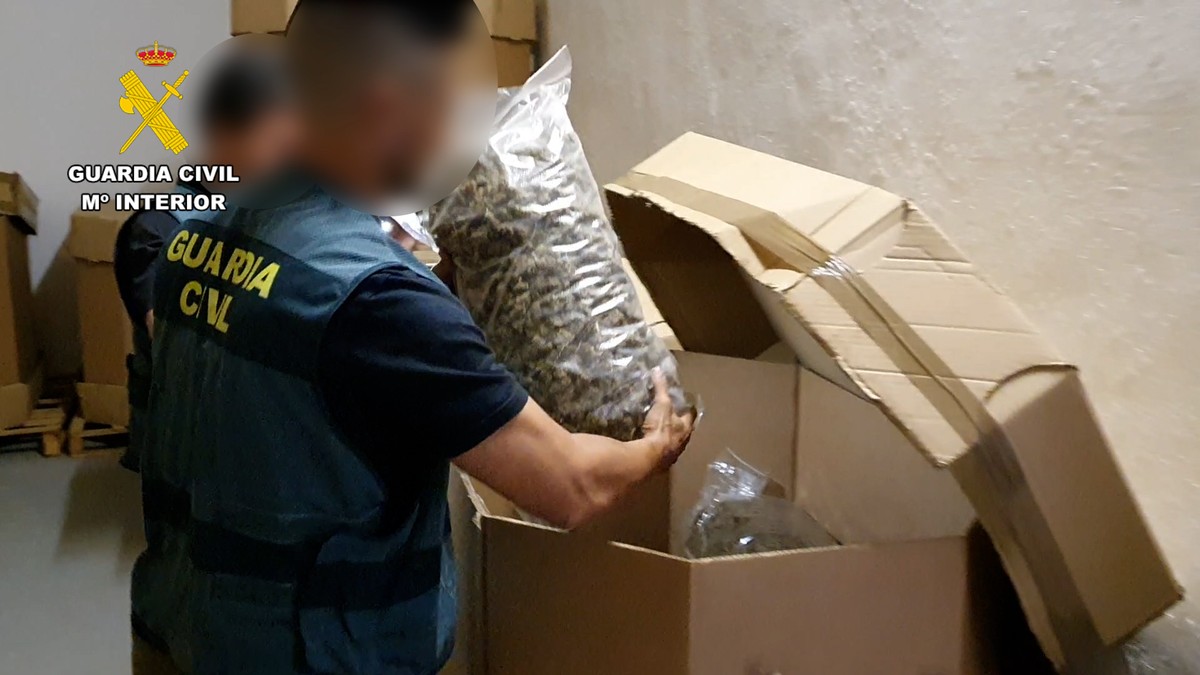 Max Daly · Nov 7, 2022
A series of raids targeted what the Guardia Civil described as a “complex business network” which they say cultivated weed in Spain for shipment within the country and to Europe, mainly Switzerland, Holland, Germany and Belgium.In the east coast city of Valencia, police found 30,50 ...

Los Angeles Times • Jan 30
more_vert
‘He intentionally tried to kill us’: Wife’s statement to paramedics key to charges against Tesla driver who drove family off cliff
A Spain-based drugs expert told VICE World News that the cigarette-style branding on packs of weed found among a 32-tonne seizure is the latest sign of an explosion in the illegal market.

Police in Spain have seized a record national haul of 32 tonnes of cannabis, including more than 200,000 branded cigarette-style packs of weed.

A series of raids targeted what the Guardia Civil described as a “complex business network” which they say cultivated weed in Spain for shipment within the country and to Europe, mainly Switzerland, Holland, Germany and Belgium.

Some of the packs were branded “Premium 5gr” and with Producto Sometido a Aupervisión Judicial on the front, a claim to have been made under judicial supervision. There is also a note inside the package which is a disclaimer, saying that the contents are organic hemp flower which is “not a medical or food product. It is not a dietary supplement. It is not suitable for smoking. Only decorative use is allowed.”

Police said the entire haul of cannabis products found at four sites across Spain was the equivalent to 1.1 million plants.

According to investigators, the operation was made up of different groups carrying out specific roles, such as buying seeds, cultivation, drying the plants, packaging and exportation. So far 20 people aged between 20 and 59 have been arrested, 11 of them women, police announced on Saturday.

Between 2020 and 2021 the amount of weed uncovered by the Spanish authorities doubled, with many producers claiming they thought they were growing industrial hemp when they were actually cultivating weed for getting high.

Malaga-based international expert consultant on organised crime, Alejandra Gómez Céspedes, a former officer at the UN’s office on drugs and crime, told VICE World News she has not seen weed gangs supply their product in branded boxes before.

A packet of branded weed found in the raid in Valencia. Image: Guardia Civil.

“When we see police operations against illicit cannabis trafficking, the product that is seized is almost always in its natural state such as plants, buds and leaves. The images in this video take a qualitative leap. They indicate products ready for a more formalised commercialisation, worthy of a legitimate trade.”

Céspedes said disclaimers on the packets appeared to be an attempt to pass them off as legal cannabis products, although she said the police are unlikely to have targeted the gang unless they were supplying high THC weed.

She said the operation was another sign of the “meteoric increase in the seizure of cannabis plants” in Spain. “Spain has gone from being an importing country to a producer country, with both outdoor and indoor crops. A significant number of plantations for therapeutic purposes are camouflaging the production of plants with psychoactive components (THC) and in the end, it is difficult to clearly tell the difference.

“On the other hand, we are witnessing an economic activity that is taking root all across the country and is characterised by an important level of industrialisation, such as vacuum packaging, packs of marijuana buds, storage and maintenance of products, and a growing participation of ordinary people, women and elderly people, who see in this business a way of income without too much social opprobrium.”