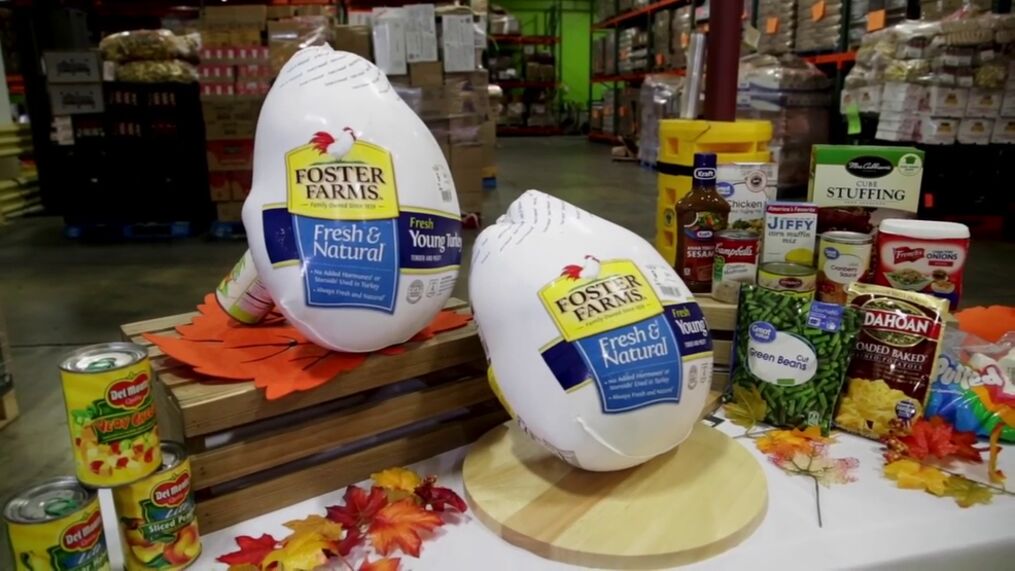 Caitlin Donohue · Nov 24, 2022
This Thanksgiving season, Colorado cannabis company Native Roots is hoping to collect 5,000 pounds of food to distribute to families in need of sustenance, reports Boulder Weekly. Amidst media hype over weed’s Thanksgiving presence this year, the brand is taking steps to show that the

This Thanksgiving season, Colorado cannabis company Native Roots is hoping to collect 5,000 pounds of food to distribute to families in need of sustenance, reports Boulder Weekly. Amidst media hype over weed’s Thanksgiving presence this year, the brand is taking steps to show that there are greater things to consider than selling a shitton of weed.

“Food insecurity is such a prevalent issue right now,” said Liz Zukowski, the policy and public affairs manager at Native Roots. “Food banks are serving more people now than they did during the pandemic.”

Native Roots is one of the state’s largest weed companies. In addition to the food drive, which it is conducting at its 20 Colorado locations, it is holding a fundraiser drive on November 29, during which $1 from each locations' transactions will go to We Don’t Waste, a Denver non-profit focusing on redistributing food to community spaces that would otherwise be thrown out.

In addition to We Don’t Waste, recipients of food from Native Roots’ drive will include Emergency Family Assistance Association, The K.I.M. Foundation, and Care & Share Food Bank for Southern Colorado. Those groups will, in turn, help to get the food to other community groups that can get it to individuals and families in need this holiday season.

The USDA found that 33.8 million US residents — including 5 million children — lived in food-insecure households last year. The federal agency has also recently released statistics that say the Consumer Price Index, which takes into account the cost to buy a basic market basket of consumer goods, was 12.4 percent higher in October than it was one year previous.

Though the Native Roots food drive is impressive, it is far from the only cannabis company that is taking advantage of Danksgiving to give back to its community. In Alaska’s Mat-Su Valley, a coalition of weed dispensaries are coming together to assemble Turkey Day meals for 150 families.

“This is about the cannabis community giving back,” said Maggie Bellamy of a dispensary called Higher by Bad Gramm3r, to the Mat-Su Valley Frontiersman. “We are still new, still growing. Every day, whether hard times or slow times, good and bad, no matter what, they support us and this is our way of giving back.”

In Michigan, a group of cannabis companies has set a goal to get 2,000 cans of food to people’s pantry this holiday season.

Ask your favorite cannabis company what it’s doing to give back this holiday season—and make sure that you are joining in on the community-caring yourself as well.