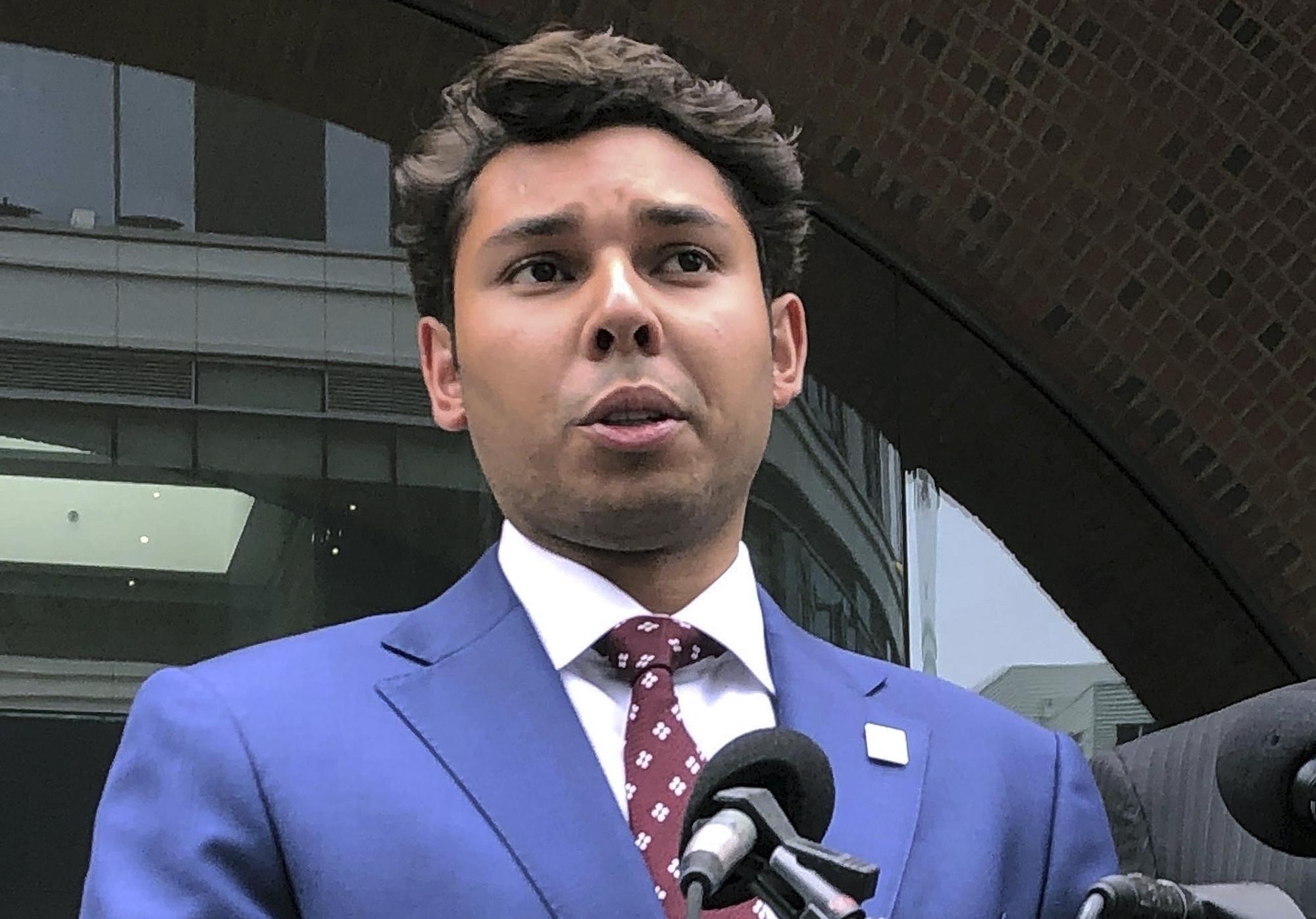 Alanna Durkin Richer · Nov 29, 2022
In a ruling published on Monday, the 1st U.S. Circuit Court of Appeals rejected a series of challenges to former Fall River Mayor Jasiel Corriea's 2021 trial, concluding that the 30-year-old was “fairly tried and lawfully convicted by an impartial jury.” Correia, once a rising Demo

BOSTON (AP) — A federal appeals court has upheld the extortion and fraud convictions of a once-celebrated young Massachusetts mayor who was found guilty of extorting hundreds of thousands of dollars from marijuana businesses.

In a ruling published on Monday, the 1st U.S. Circuit Court of Appeals rejected a series of challenges to former Fall River Mayor Jasiel Corriea's 2021 trial, concluding that the 30-year-old was “fairly tried and lawfully convicted by an impartial jury.”

Correia, once a rising Democratic star after being elected at just 23 years old, was found guilty by jurors in Boston federal court of defrauding investors in his smartphone app and soliciting bribes from marijuana vendors who wanted to operate in the struggling mill city.

Lawyers for Correia declined to comment on Tuesday. In their appeal, they accused prosecutors of carrying out an “unfair smear campaign in the courtroom" and called the evidence against their client “remarkably shallow.” The former mayor maintains he is innocent.

Correia's trial shone a light on his meteoric rise to become mayor as a recent college graduate. Correia portrayed himself to voters as a successful entrepreneur who could breathe new life into the town.

Prosecutors told jurors that in reality Corriea funded his lavish lifestyle with money he stole from investors who pumped cash into his startup, “SnoOwl," an app designed to help businesses connect with consumers.

After becoming mayor in 2016, prosecutors said Correia started a pay-to-play scheme involving bribes from marijuana vendors in exchange for letters of approval from the city they needed in order to get a license.

Correia's lawyers challenged, among other things, prosecutors' use of a video clip from a 2015 mayor's race debate in which Correia promised taxpayers that he would take their money and and "spend it wisely” — as he said he had done in his business.

Judge Bruce Selya wrote in the three-judge panel's opinion that "even though the challenged comments may have suggested that the voters of Fall River had been duped, nothing in the record suggests that invoking the plight of those voters would have clouded the jury’s ability to weigh the evidence fairly."